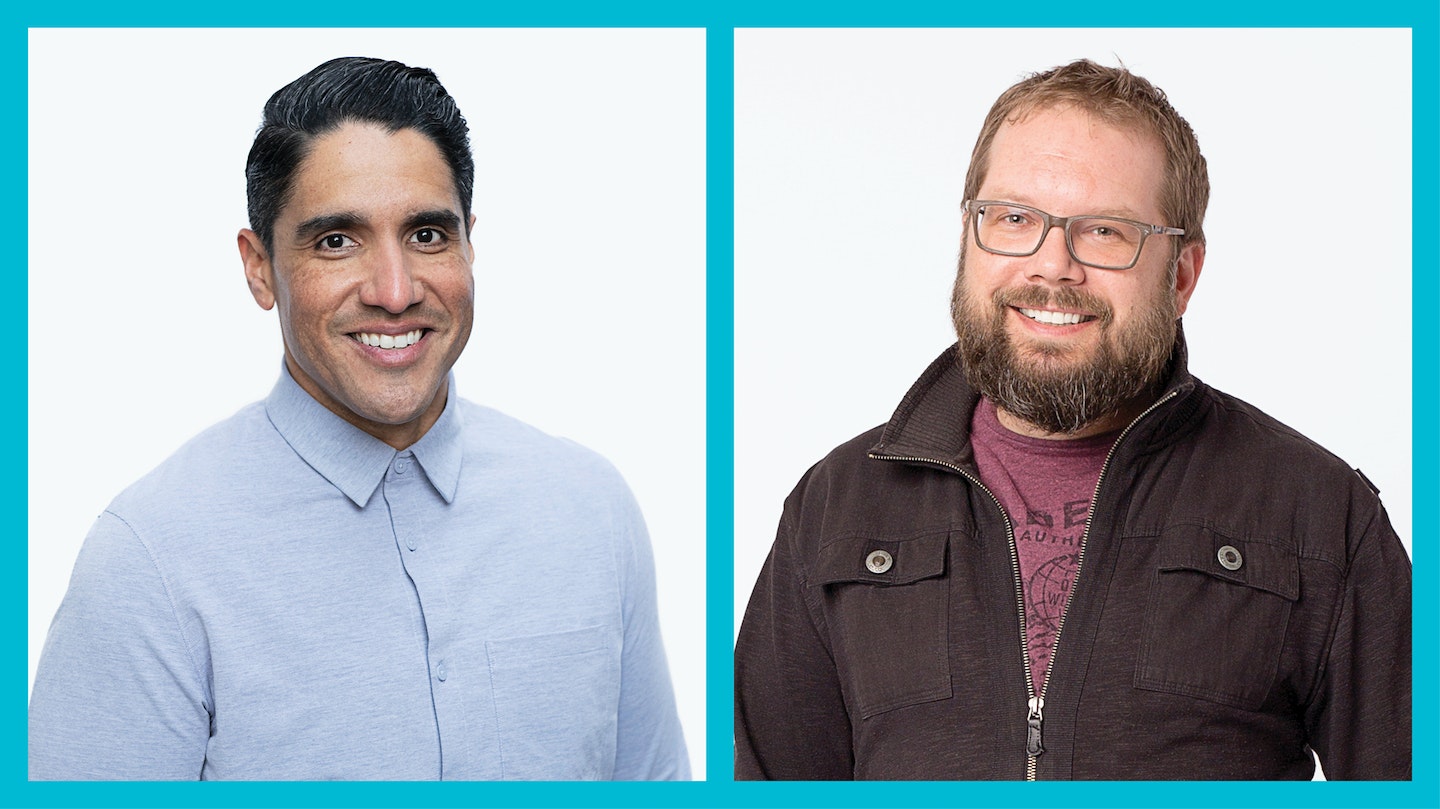 
The following news was originally published in Adweek.

Colle McVoy announced today that two new executive creative directors will help lead its creative department as the agency prepares for double-digit growth in 2022. Gil Muiños has joined the agency as executive creative director (ECD) and Dustin Black has been promoted to ECD. Both will help accelerate the agency’s growth and transformation by elevating its creative output, recruiting top talent and taking active roles in new business.

“The combination of Gil’s and Dustin’s award-winning creative chops, wide-ranging experience and contagious passion for great work makes for an incredible leadership alliance,” said Christine Fruechte, CEO of Colle McVoy. “We’re thrilled to have them join forces as we continue to evolve the agency, bring more mentorship to our incredibly talented creative team and invest in the depth and diversity of our talent.”

The co-ECDs will also share leadership of the agency’s four cross-functional teams that make up its innovative structure, as well as work closely with clients to help drive business growth. Colle McVoy onboarded 10 new accounts in 2021. The agency has an 85% win rate and is expected to disclose several substantial new business wins soon.

Muiños is a passionate creative known for nurturing collaboration and big, transformative ideas. He has more than 15 years of experience with strategy development, concepting, copywriting and execution of brand communications and experiences for both challenger and iconic brands like Nike, Jordan Brand, Google, Xbox, Red Bull, Quaker Oats and Porsche. He joins Colle McVoy most recently from the corporate side at Best Buy where he played a key leadership role in its in-house agency as group creative director, overseeing full-service creative campaigns for the Best Buy Brand, as well as Samsung, Intel and Oculus (Meta) brand initiatives. Prior to Best Buy, his professional journey brought him from Miami to the Midwest to the West coast, working at large, small, digital and integrated agencies. Muiños has also been a group creative director at space150 and spent award-winning years as a copywriter at mono, Olson (now ICF Next), AKQA in San Francisco and Carmichael Lynch. He was also an instructor at the Miami Ad School in San Francisco and Minneapolis, where he honed his talents for inspiring young talent. His work has been recognized by numerous major industry awards including the Effies, Clios, D&ADs and Communication Arts.

“I’ve always had a ton of respect and admiration for Colle McVoy. I’m hyped to join and feel the timing couldn’t be better,” said Muiños. “There’s an incredible and infectious energy there heading into 2022 and the agency is super well equipped to do great work as we move into the post-pandemic world and adapt to new ways of working.”

Black has helped lead the Colle McVoy creative department for more than 10 years, most recently as group creative director. He’s known for his unique, inspired and infectious creativity, which has been honed from working at agencies including Colle McVoy (twice), mono, Carmichael Lynch and BBDO. He has been instrumental in helping Colle McVoy win significant new business and in developing some of the agency’s most celebrated work for Jackson Hole Travel & Tourism, Children’s Health, 3M, Cenex and the Recreational Boating & Fishing Foundation. His wide-ranging experience also includes work with MSNBC, Subaru, SPAM, Purina, Hormel, Caribou Coffee, Tillamook, Blue Cross and Blue Shield and lucy Athleticwear. His work has been recognized by the Effies, Cannes Lions, Clios, DA&Ds, Communication Arts and The One Show. His other creative outlets include writing The Book of SPAM (internationally published by Atria) and documenting artistic endeavors on Instagram.

“We’ve built a hell of a team across the agency and I’m excited to step into this role and continue to build momentum. Only big news and bold ideas ahead!” said Black.